Berger Commercial Realty has been named #1 Property Management Firm and #1 Commercial Brokerage Firm in 2021 by The Daily Business Review!
skip to Main Content 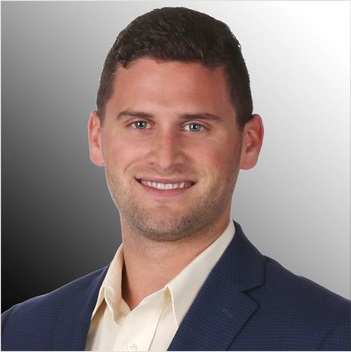 These days, one of the most convenient aspects of travel is the ability to go almost anywhere with the touch of a button, particularly when public transit options are lacking. Ride-hailing services such as Uber and Lyft and their ridesharing counterparts, UberPOOL and Lyft Line, have revolutionized the travel landscape both metaphorically and physically. Since airports like Miami-Dade International have established designated rideshare pickup and drop-off areas, urban planners and developers are following suit, going the extra mile to include similar access points as features in their new real estate development projects.

The ubiquity of ridesharing in South Florida and other metropolitan areas is being reinforced by such new projects. Developers are designing depots and covered shelters, some even inside lobby spaces, to accommodate the shifting patterns of travel choices and capitalize on what consumers deem valuable – the mitigation of parking shortages, reduction of urban congestion, increase in driver and passenger safety and even an upturn in employment opportunities for large swaths people who would otherwise be un- or under-employed without viable transportation. The prospect of autonomous vehicles only furthers the potential for providing safe, convenient and efficient alternatives for mobility.

With all this in mind, it’s no wonder that we’re seeing the active pursuit of alternative methods of transportation in South Florida. The epitome of this venture is Sir Richard Branson’s Virgin Trains USA. Formerly Brightline, Virgin Trains USA is currently constructing a multibillion-dollar, high-speed rail system to connect its three existing stations in Miami, Fort Lauderdale and West Palm Beach to a new station more than 150 miles north in Orlando. Despite this triumph in transportation development, ride-hailing and ridesharing services will still be necessary for passengers to get to their ultimate destination.

Parking is at the forefront of the shift toward ride-hailing and ridesharing. Resurgent urban nightlife districts, along with an emphasis on bikeways and sidewalks, have created severe parking shortages in many cities. In New York City, vehicular traffic has been completely barred from places like Times Square. Closer to home in Miami, parking has become so limited and expensive that developers and architects are minimizing it or doing away with it entirely. City planners are also strategizing about ways to reduce parking and supplant it with bikeways and bike storage, walking routes and interconnection points for easy access to ride-hailing services and public transportation.

One of the newer forms of public transportation involves electric scooters. Electric scooters were officially launched by the City of Miami in 2019. Six companies, including Lyft and the Uber-owned Jump, are providing the scooters for short-term rentals and public usage. Former Miami Downtown Development Authority Executive Director Alyce M. Robertson endorsed the use of the scooters to reduce congestion and the number of cars on the road. In the near future, self-parking cars will require parking spaces that are 15 percent smaller than those needed for conventional vehicles, further contributing to the impact on urban planning and project design.

According to the U.S. Census Bureau, the total number of ride-hailing services like Lyft and Uber tripled between 2013 and 2016. Based on current growth rates, the market for ride-hailing services is anticipated to grow to more than $125 billion by 2025. Florida is at the center of increased market segmentation in the rideshare industry. Entrepreneurs are realizing that a one-size-fits-all approach reduces brand integrity and customer loyalty. This is what prompted David Yohros to found Tripper, which is rolling out a new ride-hailing service featuring drivers with 10 or more years of experience, upscale vehicles, aggressively enforced safety standards and driver incentive programs to encourage driver and customer satisfaction.

Undoubtedly, the demand for private vehicles and parking will decline in the coming years thanks to the collective effect of sector growth in ride-hailing, bike-friendly and pedestrian-friendly design. In addition to developers and city planners, both tenants and landlords should start considering such influential market trends that will affect inventory and usage going forward.

Daniel Silver is a sales associate at Berger Commercial Realty, a full-service commercial real estate brokerage and property management firm with offices in Fort Lauderdale, Boynton Beach and Miramar. He can be reached at DSilver@bergercommercial.com and 561.613.0900. For more information, visit www.bergercommercial.com.

Web design and development by Primeview