Berger Commercial Realty has been named #1 Property Management Firm and #1 Commercial Brokerage Firm in 2021 by The Daily Business Review!
skip to Main Content

Fort Lauderdale officials will review three major development proposals for the first time Tuesday. The items will go before the Development Review Committee, although they will need city commission approval at a later date. 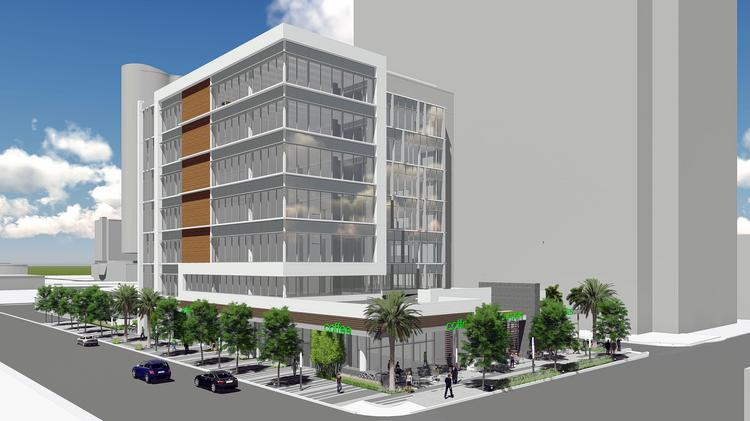 The 550 Building should break ground at 550 S. Andrews Ave. in Fort Lauderdale in late 2016 and will get a parking garage next door.

Riverbend Broward is managed by Dev Motwani, the head of Merrimac Ventures. Motwani couldn’t immediately be reached for comment.

The new 550 Building office complex coming to downtown Fort Lauderdale could get a parking garage with retail to accompany it.

Blackhawk Properties and Investment previously secured approval to tear down the 32,500-square-foot Justice Building at 550 S. Andrews Ave. and replace it with a 70,000-square-foot office building. In June, the developer acquired the 17,883-square-foot site at 500 S. Andrews Ave. for $4.8 million to give it land for a parking garage. The proposal calls for 663 spaces and 14,000 square feet of ground floor retail.

Berger Commercial Realty’s Joe Byrnes, the broker for the 550 Building, said the developer saw the opportunity to acquire the land for the parking garage to provide spaces for the office building, the nearby courthouse and the public in general. He expects the retail space to attract small food operators, office services firms and perhaps medical providers.

Byrnes said the 550 Building is 25 percent pre-leased and should break ground before the end of 2016 at the same time as the parking garage. The project should be completed in the first quarter of 2018.

The airport’s fixed-base operator wants to build a 204,807-square-foot complex with hangers, offices and light maintenance shops on land leased from the city at 1710 N.W. 62nd Ave. Officials with Sheltair couldn’t immediately be reached for comment.

Web design and development by Primeview